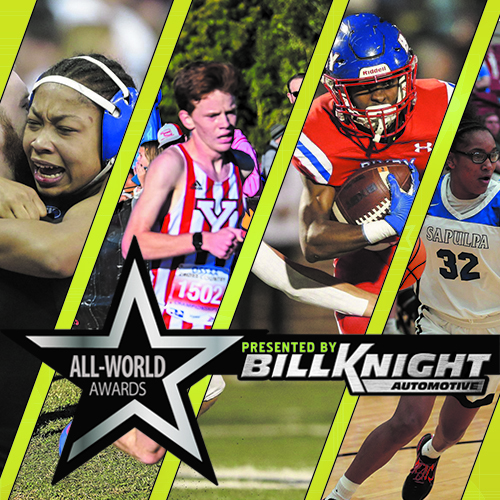 Tickets for this event are not available.

Athletes of the year will be honored from finalists already announced in football, basketball, wrestling, swimming, volleyball, softball and cross country. Finalists for baseball, golf, soccer, tennis and track and field will be announced in June.

There also will be winners announced for other awards that honor the top overall athletes of the year, coaches, fans, band, cheer and those who have excelled in the classroom. There also will be a lifetime achievement award winner.

Choose between Chicken or Vegetarian option:

Rod Thompson was an All-State basketball player at Beggs and a three-year starting guard for the University of Tulsa from 1995-98. He helped Beggs win three state titles and the Golden Hurricane reach two NCAA tournaments. Thompson is well known across the state as a longtime broadcaster with Cox Cable/YurView Sports and for his work with youth basketball players as the Oklahoma PWP (Playing With Purpose) program director.

Thompson is the father of 2020 All-World Boys Basketball Player of the Year and McDonald's All-American Bryce Thompson, who plays for Oklahoma State.

Who is you favorite Fans, Mascot, Band, Cheer Squad and Dance Team. Cast your vote at go.tulsaworld.com/fansoftheyear

Online ticket sales for this event have ended. Please contact the Box Office for more information.